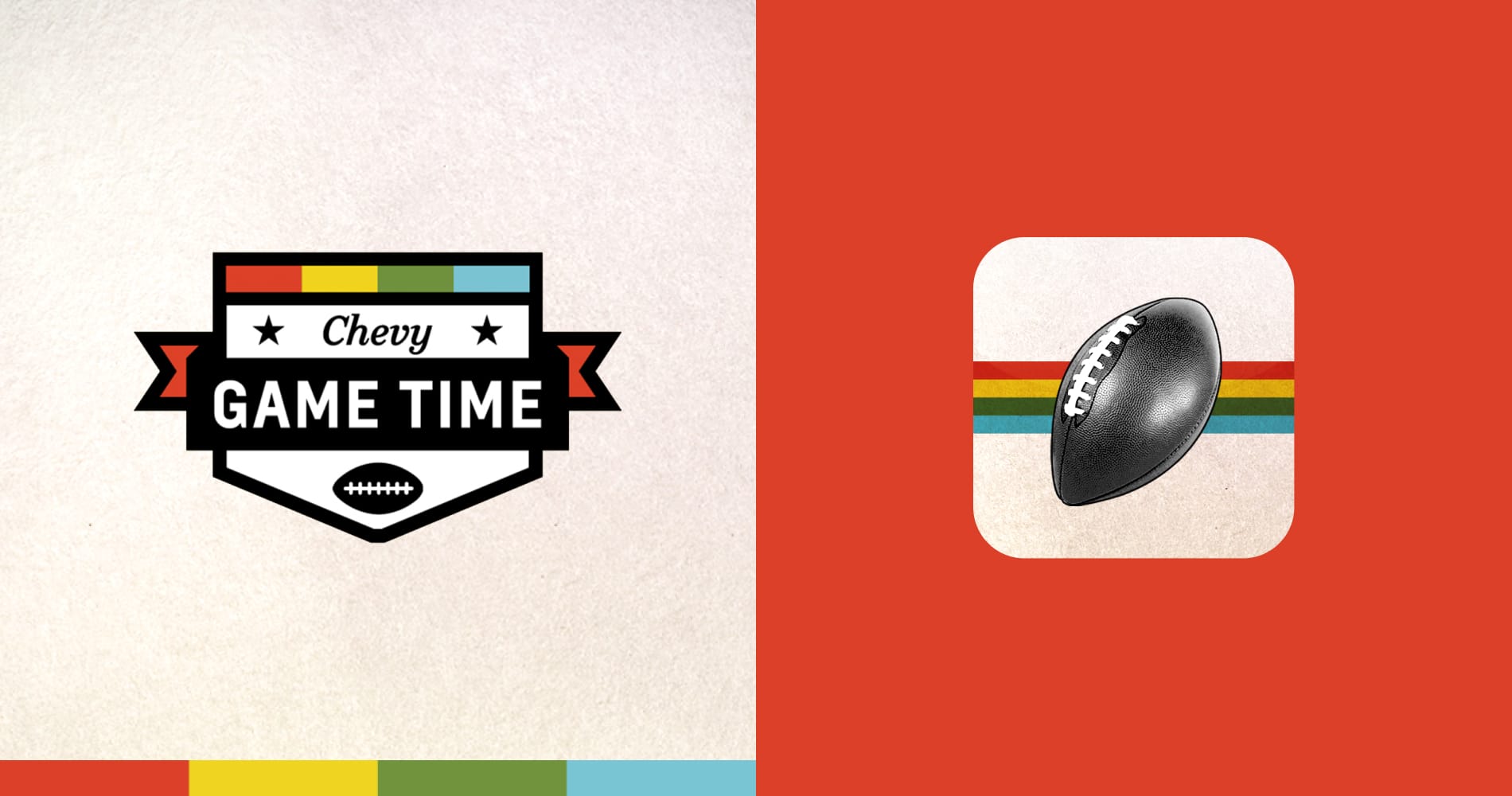 In the months leading up to Super Bowl XLVI, Detroit Labs partnered with Chevrolet and Goodby Silverstein & Partners to create the Chevy Game Time app, a truly unique second-screen experience while watching the Super Bowl. The apps allowed iOS and Android users to interact in real-time time, answering trivia questions about Chevy’s commercials and other facts surrounding the big game for a chance to win 1 of 20 Chevy cars plus thousands of other prizes. The app also included interaction through Twitter feeds, video streaming, real-time updating poll results, and push notifications.

The app generated millions of opportunities for Chevy customers to connect with the brand and went on to win a number of industry awards, including a Cannes Gold Lion. 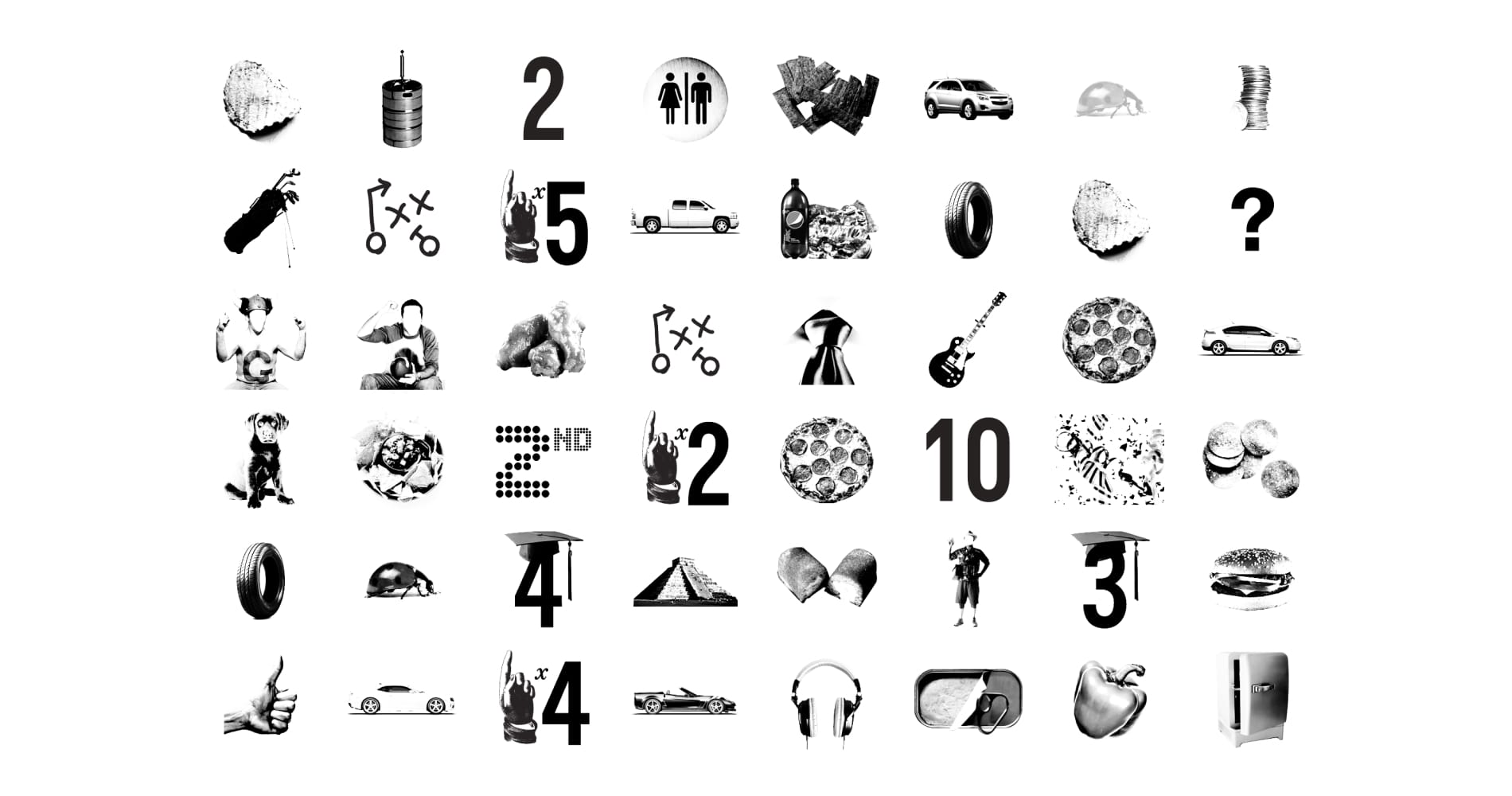 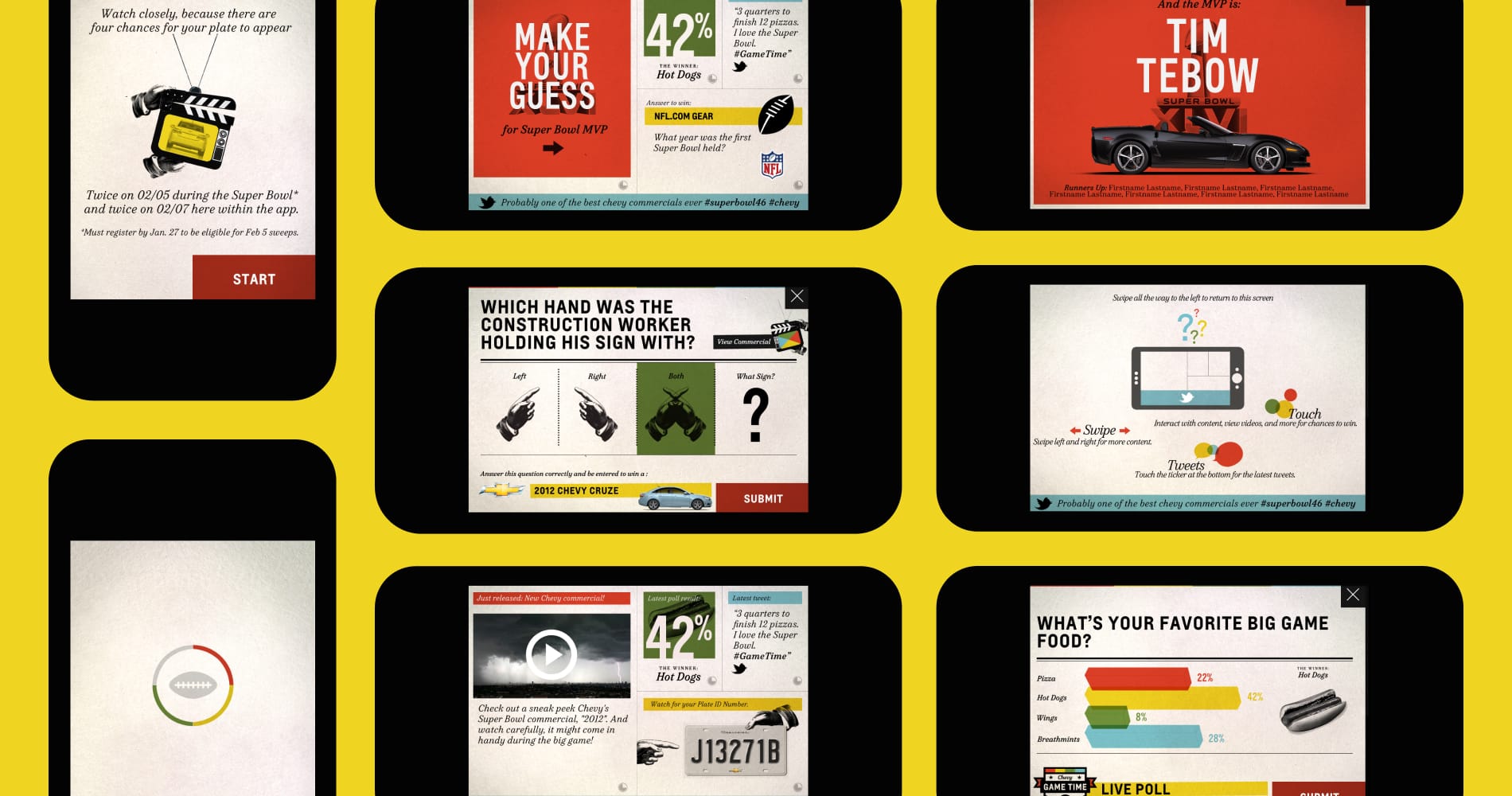 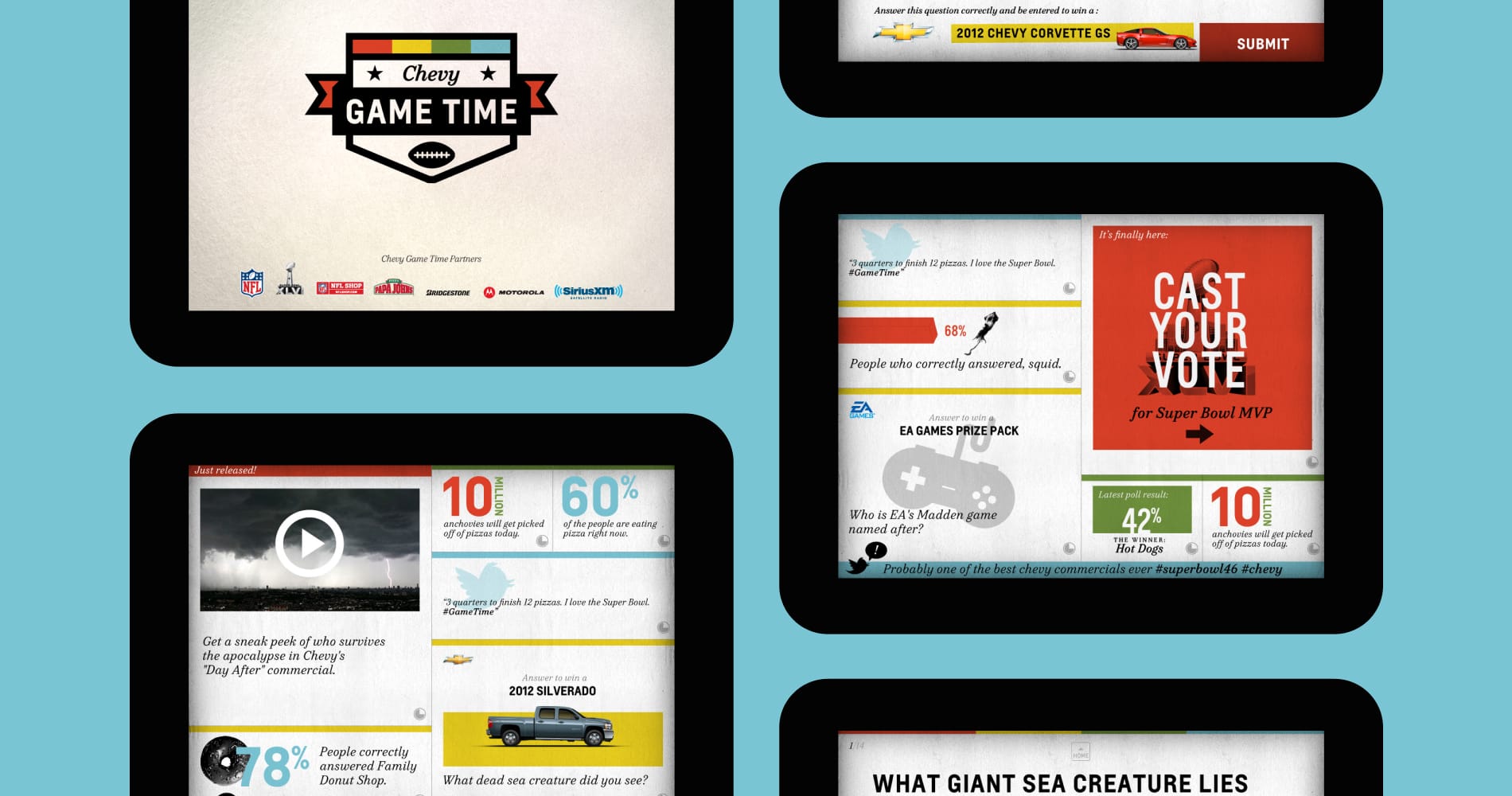